“Electric Power is Everywhere Present In Unlimited Quantities, It Can Drive The World's Machinery Without The Need Of Coal, Oil, Gas Or Any Other Fuel” - Nikola Tesla

The biggest achievement in the history of mankind almost happened, though the information seems to have disappeared 'down the memory hole.'

In the early 1900s, Nikola Tesla was constructing Wardenclyffe Tower (aka ‘Tesla Tower’), which was intended to provide free, clean and unlimited energy TO EVERYONE.

Mainly credited with simply being the founder of the alternating current (A.C.) motor, Nikola Tesla rarely shows up in history books and is largely forgotten.

The predecessor of A.C. electricity transmission was direct current (D.C.), which was developed and brought to prominence by Tesla’s one-time business partner and adversary, Thomas Edison.

Partnering with George Westinghouse, Tesla’s A.C. method allowed electricity to be transmitted over larger distances with the use of transformers, paving the way for the creation of suburbs throughout the world, as well as the scaling-up of industrial processes.

The A.C. transformers allowed energy to travel over vast distances, with the transmission and consumption of voltage scaled as needed; whereas D.C. electricity did not offer that kind of flexibility or scalability.

Beyond being the father of A.C. electricity, Tesla is also arguably the father of Wi-Fi technology, G.P.S. (global positioning satellite) technology, and electrotherapy, among many other things, though he is rarely credited or associated with them.

Tesla obtained roughly three hundred patents for his inventions, many of them 'lost without a trace.'

Tesla was known for putting his thoughts into action, with minimal (if any) wasted energy.  Tesla describes his approach:

“Before I put a sketch on paper, the whole idea is worked out mentally. In my mind I change the construction, make improvements, and even operate the device. Without ever having drawn a sketch I can give the measurements of all parts to workmen, and when completed all these parts will fit, just as certainly as though I had made the actual drawings. It is immaterial to me whether I run my machine in my mind or test it in my shop. The inventions I have conceived in this way have always worked. In thirty years there has not been a single exception. My first electric motor, the vacuum wireless light, my turbine engine and many other devices have all been developed in exactly this way.”

When Tesla declared the ability to transmit radio waves wirelessly across the earth, people took notice.

In 1900, with the financing of industrial magnate JP Morgan, Tesla secured a $150,000 (roughly $4 million in today’s dollars) investment into a structure which was to provide transatlantic wireless communication to the world. 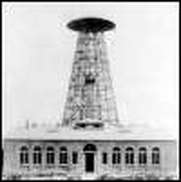 The tower was 186 feet tall and had a shaft 120 feet deep, with iron pipes being driven 300 feet underground, in order to extract the earth’s energy; to “have a grip on the earth so the whole of this globe can quiver,” in Tesla’s words.

Besides transmitting radio waves across the earth, Wardenclyffe Tower also would be able to provide free and unlimited electricity to the world.

While free-energy would benefit mankind as a whole, those in control saw no benefit:  ‘How can you control people if you cannot control the energy supply?’

A contemporary of Tesla, Guglielmo Marconi, was competing with Tesla to produce the first transatlantic radio system.   Using a more basic and inefficient means, Marconi secured the first official transatlantic communication in 1902, and went on to become known as ‘the father of radio.’

The history books conveniently omit the fact that Marconi used much of Tesla’s technology in order to achieve the communication:
"Marconi is a good fellow. Let him continue. He is using seventeen of my patents."

Many of Marconi’s patent requests were denied because they were essentially knock-offs of patents which Tesla had previously secured.
In 1903, the US Patent Office replied to some of Marconi’s patent applications with the following: “Many of the claims are not patentable over Tesla patent numbers 645,576 and 649,621, of record, the amendment to overcome said references as well as Marconi's pretended ignorance of the nature of a "Tesla oscillator" being little short of absurd... the term "Tesla oscillator" has become a household word on both continents.”

Once transatlantic wireless communication was achieved, JP Morgan saw it unfit to continue funding free energy for the world.

"Will you help me or let my great work — almost complete — go to pots?"

"I have received your letter and in reply would say that I should not feel disposed at present to make any further advances.”

JP Morgan, one of the most powerful and wealthiest men in the world - considered by many to be a ‘philanthropist’ - decides to stop funding the project to provide free energy to the world.

Tesla used his own money to try to continue construction, using his meager savings to keep the ‘free-energy for the world’ project going.

Predictably, the project was discontinued due to lack of funds, the tower sold for scrap, and the existence of the project essentially wiped off the face of the earth.

Tesla went on to a life of poverty, becoming depressed, and living out his final years as a recluse.

Fast forward to present-day: JP Morgan is considered a philanthropist and Nikola Tesla is known as a ‘mad scientist.’

One tirelessly worked to free mankind; the other committed to enslaving it.

“The desire that guides me in all I do is the desire to harness the forces of nature to the service of mankind.” – Nikola Tesla

Isn’t it about time that we WAKE THE FUCK UP??!!
Further resources are below: 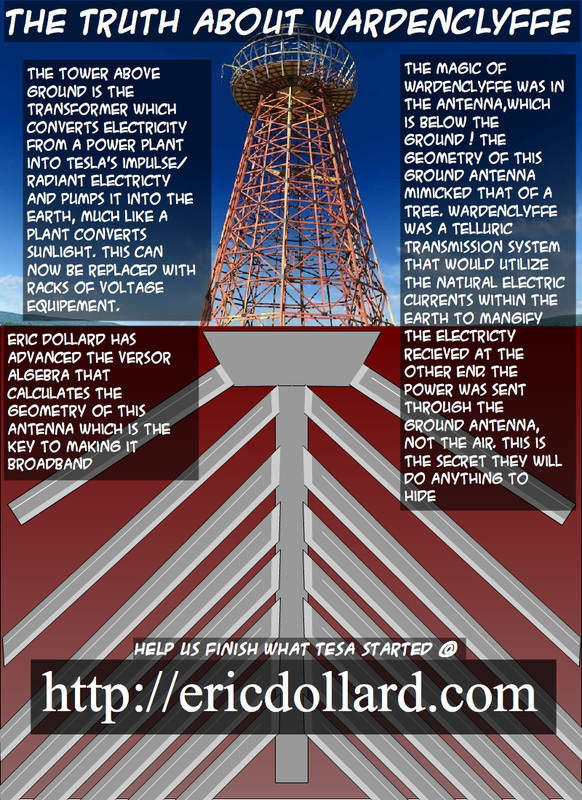