some of the craziest shit you've ever seen!
help casper stith escape the matrix.  please use this link to shop on amazon.com!

Digging into the high-strange archive, this one always has a place in my heart.

This article is published in ﻿thedailymail.co.uk﻿, and is bizarre as ever.  This occurred in 2006 on Prince Charles' properly, and involved the ritual murder of 12 sheep:

“In some cases, the butchered animals have had their eyes removed and their carcasses arranged into a satanic star.  A bloodstained stone altar and wooden stake have been discovered by local farmers…  Officers are examining whether the attacks form part of a ritual fantasy triggered by phases of the Moon.”

One of the farmers is convinced that there is some pretty heavy occult stuff going on:

"We believe they are linked to the Roman god Janus, the god of gateways. Dead sheep are often left in front of a gate - their heads twisted back as though looking through it." 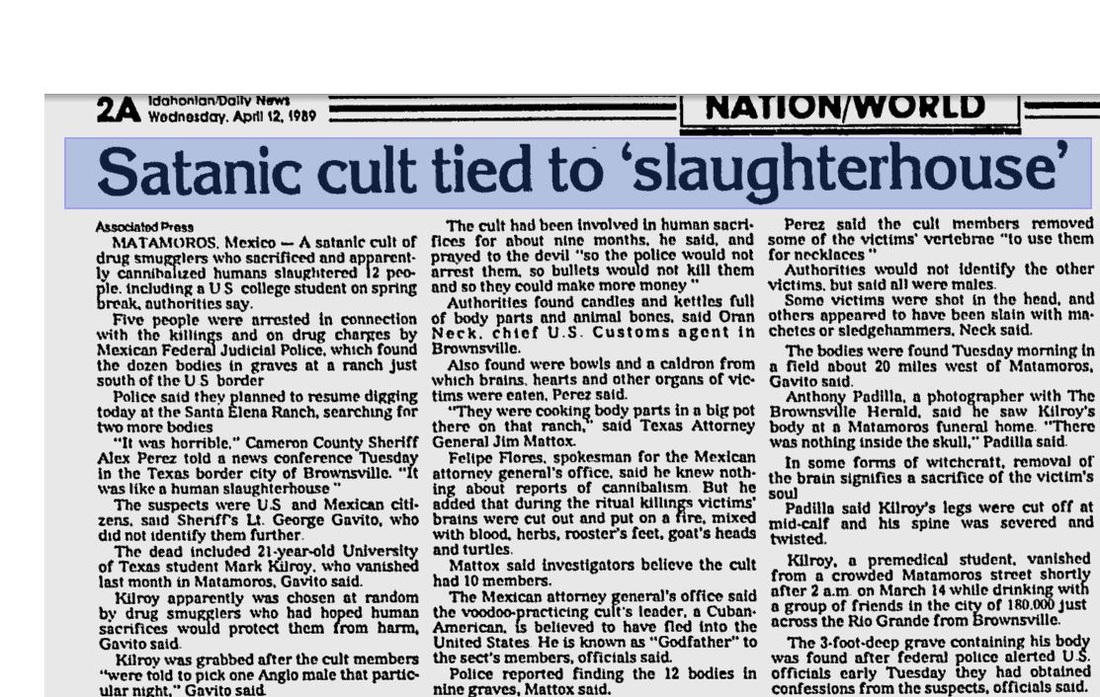